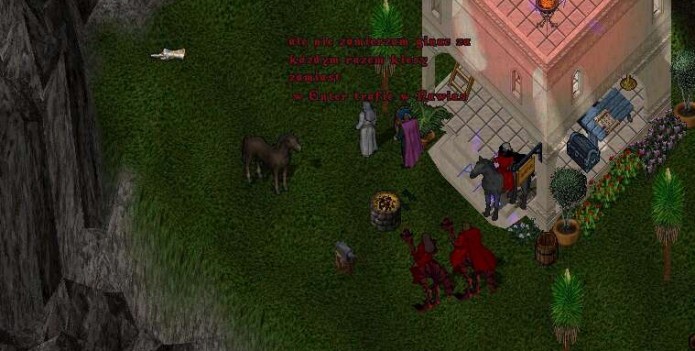 About 13 years ago I was in college and used to play Ultima Online. It’s a fantasy role playing game, actually it’s the first game of massively multiplayer online role-playing game genre (MMORPG). I didn’t play too much on official servers and played mostly on server emulators. They were created by a community who reverse engineered the game and created its own servers.

While playing more I was curious how it all worked so I dug a bit into emulators. I was trying to set up a server using different emulation software, trying to build sceneries and buildings. It was challenging to find online resources which could help in working with emulators. It was a few years before StackExchange was released so I could only get help on bulletin boards or on IRC channels.

At some point I gathered a bunch of Ultima Online materials and spotted a web development tutorial in a computer magazine. As I already tried programming on Amiga a couple years earlier, web development looked encouraging. I tried and soaked into that completely. Soon I created my first website and started sharing my experience and materials with other people who played and mod Ultima Online. I used PHP to run the website and stored site data in text files. I may write more about this some day.

The site was working for the next few years and became popular in the Ultima Online community in Poland. In the meantime I started working on other websites. One of these sites became my first paid web development job, and after some time web development became my main source of income.

Currently the website is offline, but Ultima Online still has active servers which could be played on. In about two weeks, on September 24th it will turn 18 years old!

It looks like it’s worth it to play games, and in general, have a hobby. Gaming led me to a career in web development which actually also became one of my hobbies.